Costanoa is a coastal California eco-adventure resort. Here our guests can simply retreat from the concerns of everyday life and discover the pace of nature. We are committed to providing genuine service, unique accommodations, California coastal cuisine, as well as a variety of spa and adventure activities. Through our sustainable connection with nature, we foster joy and wellness while sharing our unique resort. 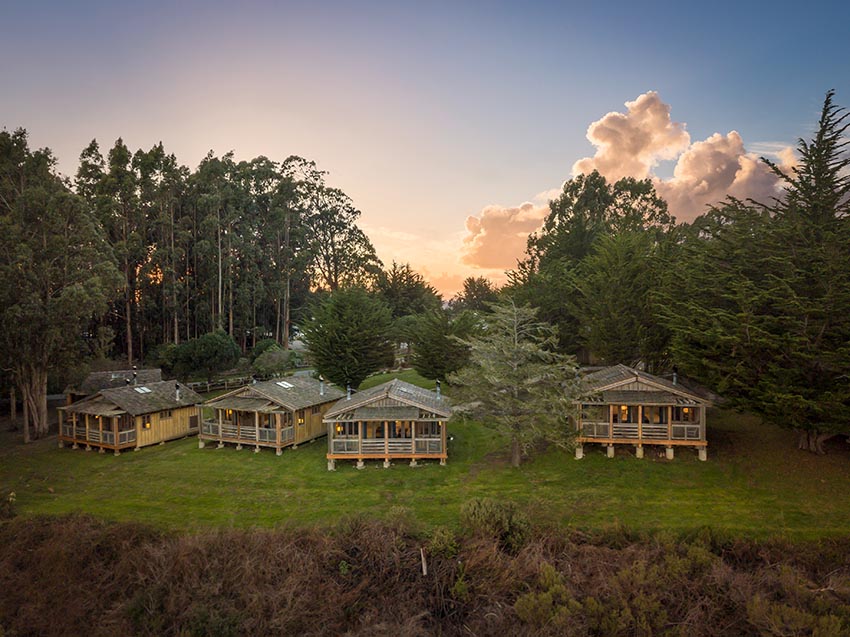 Costanoa lies at the center of one of the most ruggedly beautiful and spacious stretches of California's coast. Here you'll find no boundary between nature and the Costanoa base camp. The local wildlife, including many rare and endangered species, vastly outnumbers humans. The nearby reserve of Año Nuevo remains as pristine as it was around New Year's Day in 1603, when Spanish maritime explorer Sebastian Vizcaino identified the coastal feature and diarist Father Antonio de la Ascension called it "Punta de Año Nuevo" (New Year Point).

Costanoa enjoys an unusually temperate climate, nestled in the middle of a "banana belt" between Año Nuevo and Pigeon Point Lighthouse. Long-time residents and generations of farmers say that they enjoy 30 to 40 more days of sunshine per year here than at points north and south. With the ocean and air at about the same temperature year-round, flora and fauna thrive in the area. Nearly 400 years ago, Sebastian Vizcaino described this part of the coast as "swarming with wild, large sea beasts," including otters, seals and whales. On land, his expedition found an abundance of deer, foxes, bobcats and grizzly bears. Except for the grizzlies, descendants of these ancient natives still live near Costanoa. It is a tribute to this robust ecosystem, and to a concerted effort at nature conservation, that the elephant seal and gray whale populations remain at levels nearly that of 200 years ago.

From beaches to mountains, cookouts to curling up with a book. We invite you to relax and enjoy the pace of nature.